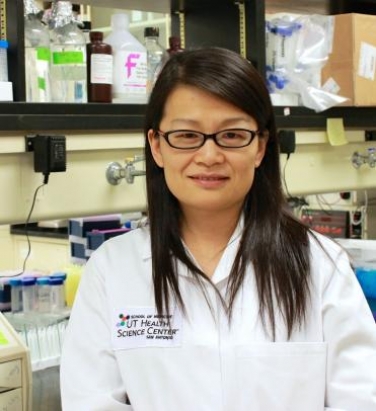 Dr. Pei Wang's lab is focused on the two major diseases of the pancreas: diabetes which involves the endocrine tissue and PDAC (pancreatic ductal adenocarcinoma), a cancer of the exocrine pancreas that is notorious for its dismal prognosis.

Our lab has established a novel model of pancreatic ductal adenocarcinoma (PDAC) which allows us to use normal human pancreatic cells to model human PDAC to identify human-specific aspects of PDAC. Our research of PDAC expands to many areas, including developing interventions to block the pancreatitis-facilitated neoplasia of oncogenic KRAS; identifying lineage-specific genes and signaling pathways responsible for PDAC tumorigenesis; testing whether the various mutations found in patients are drivers or passengers; identifying specific markers of premalignant lesions that can serve as prognostic markers; and investigating the influence of the tumor environment on PDAC development.

We discovered a critical role for the Hippo signaling pathway in the pathogenesis of pancreatitis using genetic engineered mouse model. This was somewhat unexpected as this pathway had been previously implicated in regulating organ size but not in fibrosis and inflammation. Using our mouse model, we revealed that the Hippo pathway does contribute to fibrosis and inflammation in the pancreas, a condition known as pancreatitis. In humans, this is a costly and painful disease that is the top risk factor for pancreatic cancer. Thus, it is very important to investigate how the Hippo pathway is involved.