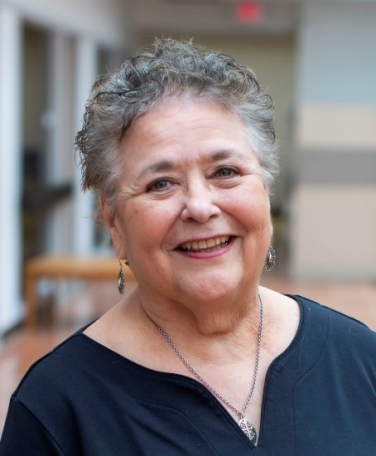 I spent the early years of my life in public housing, I have spent my life in service to the community, first as a teacher in the Edgewood Independent School District and a Caseworker for San Antonio Catholic Family and Children services, before embarking on a career in nursing education. I served the needs of the San Antonio population as a nurse, a nurse educator, an advocate for the underserved population, and an advocate for health policy changes in regard to healthcare. I specialized in Psychiatric Nursing and was Director of Nursing at several hospitals. During Desert Storm I was assigned to the William Beaumont Army Medical Center at Fort. Bliss, Texas where I earned Achievement and Commendation Medals. I have a PhD in Cultural Foundations from the University of Texas at Austin. I subsequently earned two postdoctoral fellowships at the Indiana University School of Nursing. I was a member of the graduate faculty of the UT Health Science Center School of Nursing, where I was a tenured full Professor. In the School of Nursing, I was the first and only Latina who was a full tenured Professor. I retired and now am the first and only Latina Professor Emeritus in the School of Nursing. I co-founded a non- profit organization, Martinez Street Women Center whose primary purpose is to provide support and educational services to women and female adolescents. At the University of Texas Health Science Center, I founded Juntos Podemos, a mentorship program for nursing students and was funded for 17 years. I collaborated with the US Western District Court Probation Office to provide a female specific program for women convicted of a federal felon and under community supervision. I began this program to prevent relapse/recidivism. It was the only female group in the Western District Court. In November 2006 I was selected to be a Fellow in the American Academy of Nursing (FAAN) which is the highest honor one can achieve in nursing. I am the past President of the National Association of Hispanic Nurses (NAHN). I was a founding Commissioner of the Medicaid and CHIP Payment and Access Commission (MACPAC) which examines how Medicaid physician pay affects access to care by Medicaid patients and those in the Children ‘s Health Insurance Program, among other issues. I founded the Cultural Inclusion Institute in 2011. I founded the International Association of Latino Nurse Faculty and serve as president. I am the past chair of Promotion and Tenure Appointment Committee (PTAC) for the school of nursing. Presently I have a $2,583,704 Health Resources & Services Administration (HRSA) grant to recruit and engage traditional program baccalaureate nursing students to engage in community-based primary care to help the undeserved population. I have a $78,571 HRSA COVID-19 grant to promote, enhance, and provide access to COVID-19 related telehealth technologies. In total I have been funded $9,680,152 for the School of Nursing. Presently I am chair of the Board of Directors of Ride Connect Texas, a non-profit that provides transportation for the elderly to access health care. This indicates my commitment to nursing and advocating for students and the underserved population.  I most recently was awarded the 2022 Living Legends, the highest designation from the American Academy of Nursing.