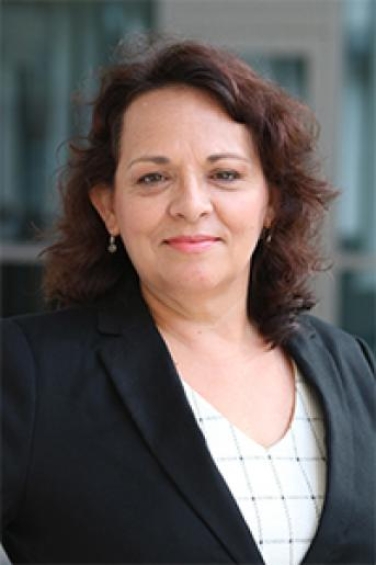 Center for South Texas Programs, Office of the Vice President for Research

Dr. Deborah Parra-Medina is the inaugural director of the Latino Research Initiative. She holds an appointment as Professor in the Department of Mexican American and Latina/o Studies at The University of Texas at Austin. Professor Parra-Medina has extensive expertise in developing culturally competent public health, chronic disease, and healthy lifestyle interventions with underserved communities, including women, Latinos, financially disadvantaged, and immigrant populations. She uses a mixed-methods, community-based participatory approach, often designing and implementing interventions that utilize the promotora model and involve multimedia, text messaging, and other technological communications.

Professor Parra-Medina comes to Austin from the University of Texas Health Science Center at San Antonio’s Institute for Health Promotion Research (IHPR), where she was a professor in the Department of Epidemiology and Biostatistics from 2008 to 2016. From 1998 to 2008, she served on the faculty of the University of South Carolina’s Arnold School of Public Health.

In 2016, Professor Parra-Medina was named a Fellow by the American Academy of Health Behavior, a national group of researchers who apply study results to improve public health. She has served as Co-Director of the South Texas Area Health Education Centers Program and as a member of the Cancer Prevention and Population Science research program at the Cancer Therapy and Research Center, a National Cancer Institute-designated cancer center at the University of Texas Health Science Center at San Antonio. She serves on the editorial board of several scholarly journals and has been recognized for her work in public health and health disparities research by the American Public Health Association, receiving the Mayhew Derryberry Award in 2013.