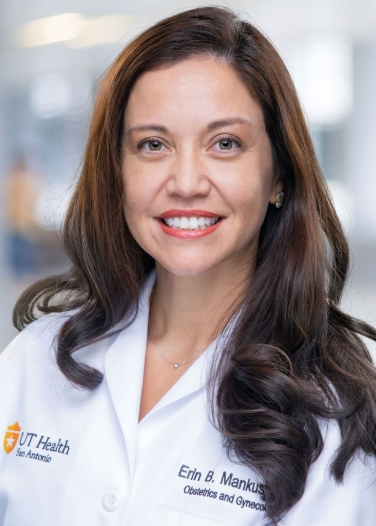 Dr. Mankus graduated from the University of Texas at Austin in 2001 with a Bachelor of Business Administration and a Master in Professional Accounting.  She then earned her M.D. in 2013 and completed residency in Obstetrics and Gynecology in 2017 at the University of Texas Health Science Center at San Antonio.  During residency, she received the Arnold P. Gold Humanism and Excellence in Teaching Award in 2014, 2015, 2016 and 2017.  Dr. Mankus joined the faculty at UT Health San Antonio in August 2017.  Her clinical interests include abnormal uterine bleeding, polycystic ovarian syndrome and minimally invasive surgery.