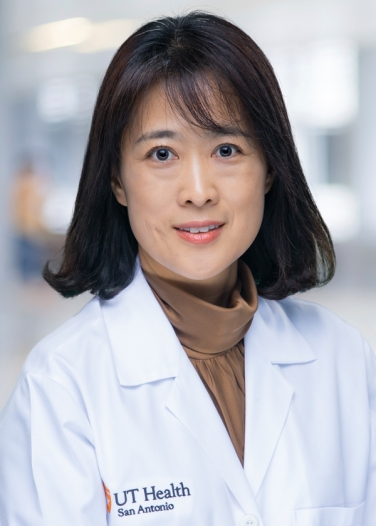 The goal of my research program is to understand the physiological mechanisms that regulate synaptic function and dysfunction in the auditory nervous system during development, maintenance and disease/injury. After beginning my career as an independent investigator at UTHSCSA in 2010, we have investigated synaptic function and dysfunction related the central myelination in the auditory nervous system, which was successfully funded by the NIH NIDCD (R03 and R01). My lab produced 9 research articles related to demyelination, axon terminal excitability, and synaptic transmission. In the parent R01, we focus on the role of myelination in maintaining synaptic function, and the mechanisms by which myelination supports auditory transmission. Briefly, the ongoing experiments associated with the parent award use a combination of in vivo auditory brainstem response test and patch clamp recordings of auditory neurons in brainstem slices to determine the role of myelination on the functional and structural maturation of synapses, and the mechanisms underlying auditory dysfunction in myelin-deficient auditory brainstem. Our long-term research goal is to determine neurophysiological mechanisms underlying central auditory dysfunctions to improve preventive/ therapeutic strategies for auditory disorders caused by various peripheral hearing deficits (e.g. congenital deafness, noise/trauma-induced hearing loss, or age-related hearing loss). Our published studies in the past funding period show that the loss of condensed myelination increases timing errors and failures in neurotransmission at the calyx of held synapses (Kim et al., 2013 a, b). Changes at the level of individual synapses and alteration in ion channel distribution at axonal domains are associated with delayed and degraded signal transmission along the auditory pathway in a central demyelinating model, Long Evans Shaker rat (Kim et al., 2013b, Berret et al., 2016, Xu et al., 2017). Based on these findings, we will expand our research field to hearing disorders in various neurodegenerative diseases, acoustic trauma, or aging. In the second project, our previous findings lead us to propose that based on their critical needs, neurons and oligodendrocytes (OLs) bi-directionally communicate with high temporal and spatial resolution. However, the mechanisms underlying this process and the cellular factors involved are largely unknown. Our recent study demonstrates a novel excitable OL: A subpopulation of OLs that conducts functional Nav1.2 currents sufficient to evoke APs and the down-regulation of spiking in these excitable OLs impairs myelination in the rat auditory brainstem (Berret et al., 2017, Nat. Communi.). It is striking that a loss of spiking in this excitable subpopulation of OLs had a widespread impact on myelination, suggesting that this subpopulation plays an essential role in promoting myelination as a key coordinator. Our primary goal of this project is identify the oligodendrocytes (OL)-specific signaling molecules, receptors, and ion channels that mediate bidirectional neuron-OL communication. The findings from the proposed studies will identify molecular targets for restoring communication in diseases where neuron-OL interaction is disrupted, including demyelinating diseases and neuropsychiatric disorders.