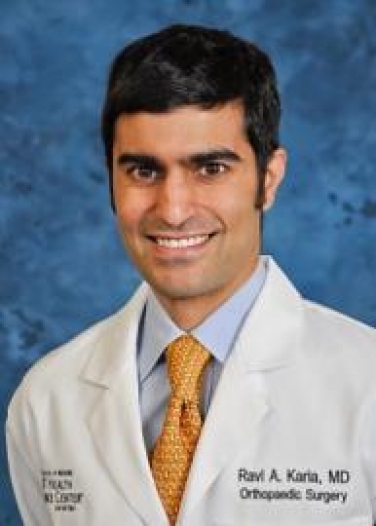 Dr. Karia joined the Department of Orthopaedics as a faculty member in the fall of 2010. Born in Ottawa, Canada and raised in the southern United States, Dr. Karia graduated at the top of his class from Trinity University (2000) with a degree in Business Administration-Finance.

He completed his residency in Orthopaedics at UT Health San Antonio where he was elected to serve as Chief Administrative Resident during his PGY-V year (2008-2009). He continued his training at the Health Science Center by completing a fellowship in Orthopaedic Trauma (2010).

His professional activities include an active involvement in resident education and teaching as well as service on multiple university and hospital committees. He is a member of the OTA, AAOS, TOA, TMA, and AMA.