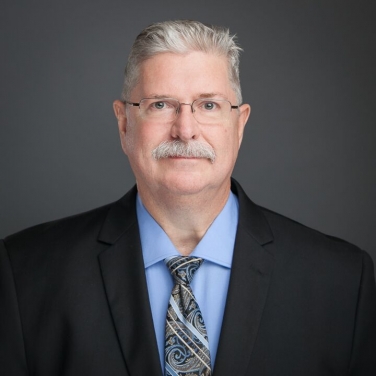 Dr. Donald Jenkins earned a BS in Biochemistry from the University of Scranton in Scranton, PA and his MD at the Uniformed Services University in Bethesda MD.  He performed his surgical residency at Wilford Hall USAF Hospital in San Antonio TX, trauma fellowship at the University of Pennsylvania in Philadelphia PA, and retired after nearly 25 years of active duty service from the USAF in 2008.

As former Trauma Medical Director at the American College of Surgeons verified Level I Trauma Center at Saint Mary’s Hospital at Mayo Clinic in Rochester, Dr. Jenkins had oversight for the entire spectrum of care for all trauma patients, from prevention and pre-hospital care to rehabilitation and repatriation.  Dr. Jenkins has been the Trauma Director for the ACS Level I verified trauma center for the United States Air Force (2000-2008), he has been the Trauma Director for the 44th Medical Command for all medical care in Iraq (2004-2005), helped to develop the Joint Theater Trauma System for the United States Central Command (all of southwest Asia), was the Trauma Director of the Joint Theater Trauma System (Baghdad Iraq and Bagram Afghanistan 2006), helped develop the Joint Trauma System and was the Trauma Medical Director of the Joint Trauma System (Fort Sam Houston, TX 2007-2008).  Thus, he has extensive experience in Performance Improvement, is the ACSCOT PIPS Committee Chair, is the liaison to the Society of Trauma Nurses for the Trauma Outcome PI Course, is building rural trauma regional organizations and is teaching PI in both urban Level I and rural Level III and IV centers.

Dr. Jenkins is currently Professor of Surgery, Vice Chair for Quality and Associate Deputy Director of the Military Health Institute at the University of Texas Health Science Center in San Antonio.