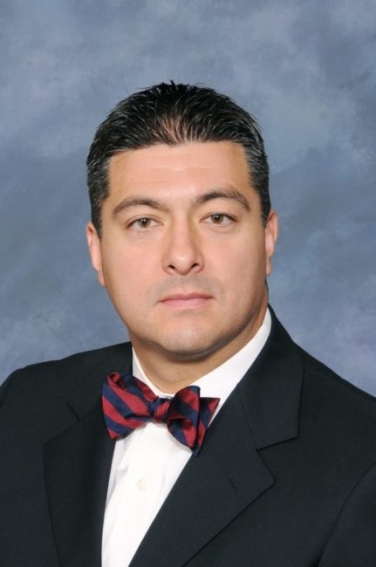 Dr. Enriquez is an Associate Professor in the Department of Medicine, Division of Pulmonary Diseases & Critical Care Medicine, at UT Health San Antonio.  He is the Medical Director for the Medical Intensive Care Unit
(MICU) at University Hospital in San Antonio, Texas.  He completed his undergraduate studies in Biology and Chemistry at St. Mary's University in San Antonio, Texas, in 1995.  He received his Doctorate of Medicine in
1999 from UT Health San Antonio (formerly known as The University of Texas Health Science Center– San Antonio).  His internship in internal medicine was completed at the University of Missouri in Columbia and his residency in internal medicine was completed at The University of Texas HealthScience Center – San Antonio.  After residency, he was commissioned in the United States Air Force (USAF) and was stationed at Moody Air Force base. He was the Chief of Medicine and commanded an international humanitarian mission while on active duty.  After his service in the USAF, he relocated to San Antonio and began to practice hospital medicine in various hospitals in San Antonio.  After 10 years practicing hospital medicine, he decided to dedicated his clinical practice to critical care medicine.  He helped establish the critical care program at Methodist Metropolitan Hospital in San Antonio and soon after returned to University Hospital as the medical director for the MICU.  Dr. Enriquez is board certified in both Internal Medicine with Focused Practice in Hospital Medicine as well as Critical Care.  He is an active member of the American College of Chest Physicians, the Society of Critical care and the Society of Hospital Medicine.