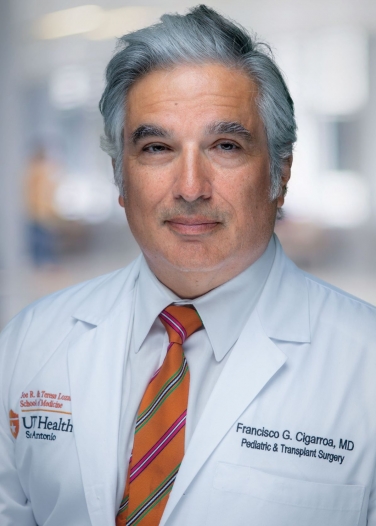 Dr. Francisco G. Cigarroa is a national renowned transplant surgeon. He received his bachelor’s degree in biology from Yale University and his medical degree from The University of Texas Southwestern Medical Center at Dallas. He completed fellowships in pediatric surgery and transplant surgery at Johns Hopkins Hospital.

Dr. Cigarroa became a faculty member at UT Health San Antonio in 1995. He was part of a surgical team that performed the first split liver donor transplant between two recipients in Texas.

In 2003, President George W. Bush appointed Dr. Cigarroa to serve on the President’s Committee on the National Medal of Science.

In 2009, Dr. Cigarroa became the first Hispanic to be named Chancellor of The University of Texas System. After five years, he returned full-time to his passion for patient care to perform Transplant Surgery, Pediatric and Adult Hepatic and Pancreatic Surgery.