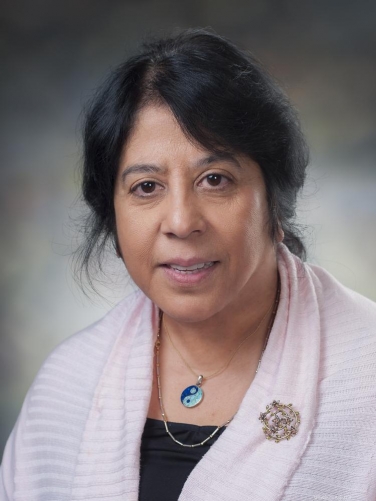 Metastatic Castration-Resistant Prostate Cancer (CRPC) is a lethal disease, responsible for ~27,000 deaths of US men in 2017. Our goal is to find new avenues for long-term inhibition of CRPC, since current anti-CRPC drugs work only for 4 to 5 months. Androgen, a male-prevalent steroid, and the cognate androgen receptor (AR) are key drivers of prostate cancer to lethal progression. We aim to find new targets in the androgen-AR axis that can be leveraged for inhibiting advanced prostate cancer. We are pursuing several new leads revealed from our studies. 1) AR is methylated by SET9 methyltransferase; AR activity is enhanced due to methylation; and CRPC shows elevated AR methylation.  We are exploring the impact of AR de-methylation on CRPC growth and metastasis.  2) The oncogenic activities of AR and mTORC1, the latter being a major regulator of the cancer cell growth and survival, are concurrently inhibited by salinomycin, which is a livestock antibiotic and robust cancer stem cell inhibitor. Dual targeting of two oncogenic pathways (namely AR and mTORC1) by a single, low-toxicity drug, such as salinomycin, is clinically significant since normally, AR inhibition would lead to mTORC1 activation and reciprocally, mTORC1 inhibition by popular drugs such as rapamycin or analogs would lead to AR activation. Salinomycin, or a more suitable analog, is potentially an attractive candidate for clinical assessment as a CRPC therapeutic. 3) A third focus is to decipher the intratumoral regulation of DHEA homeostasis, and the vital role of a sulfating enzyme (SULT2B) in this regulation. This study has clinical relevance since DHEA is the essential precursor for prostate androgen production, and DHEA sulfation by SULT2B limits this precursor for feeding into the androgen biosynthesis pathway. Our result is the first evidence that SULT2B deters lethal progression of CRPC in a preclinical mouse model; loss of SULT2B leads to increased activity of enzymes driving androgen biosynthesis; and SULT2B is undetectable in a large cohort of metastatic CRPC cases that we examined. Given that SULT2B is a vitamin D-inducible enzyme, calcitriol (active vitamin D) in combination with a small-molecule blocker of DHEA de-sulfation (such as irosustat) with/without androgen biosynthesis inhibition is potentially a viable combination strategy for CRPC management.  Multi-disciplinary approaches and collaborations with basic and clinician scientists are pursued to advance our research goals.