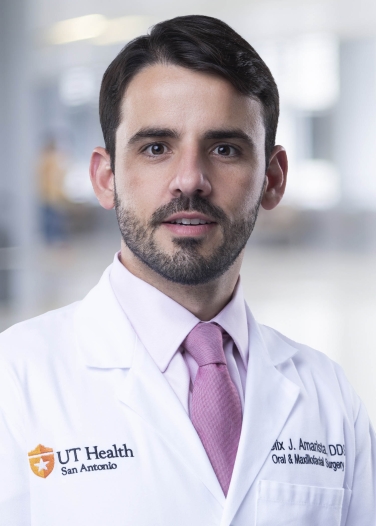 Dr. Amarista is a Clinical Assistant Professor in the Department of Oral & Maxillofacial Surgery at the University of Texas Health Science Center at San Antonio.

Dr. Amarista joined the Department of Oral and Maxillofacial Surgery at UT Health San Antonio in 2018 to continue his education in the US and completed his residency in 2021. He has published several scientific articles in the OMS field, is committed to improving patient care through research, and is passionate about teaching and pursuing an academic career.

Dr. Amarista's clinical interests include the treatment of TMJ pathology, orthognathic surgery, maxillofacial trauma, benign pathology, and complex dentoalveolar surgery including dental implants. His other interests include playing soccer, running, going to the gym, and enjoys spending time with his wife which is also an Oral Surgeon.