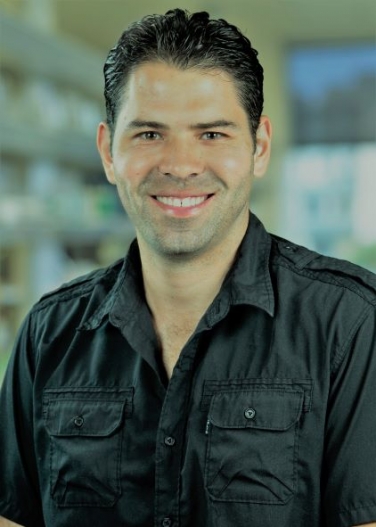 I have a broad background in biochemistry and neuroscience, with more than 16 years of research experience. During my graduate studies at the Institute of Neurobiology of the University of Puerto Rico, I studied protein-RNA interactions within the central nervous system, where I became proficient at multiple biochemical, molecular biology, genetic, and neuroscience techniques using bacteria, yeast, and squid systems. I joined the field of neurodegenerative diseases in 2011, first through a postdoctoral appointment at the laboratory of Dr. Madepalli Lakshmana at the Torrey Pines Institute for Molecular Studies, Florida, where I studied the molecular mechanisms underlying the role of RanBP9 on Alzheimer’s disease (AD) using cell culture systems and transgenic mouse models.

In 2013, I joined the laboratory of Dr. Xianlin Han as a postdoctoral fellow, formerly at the Sanford Burnham Prebys Medical Discovery Institute and since 2017 at UT Health SA, where I studied the role of myelin lipids on the pathogenesis of AD, aging, and diabetes using shotgun lipidomics, biochemical, genetic, and histological approaches and multiple murine models. To this end, I received a Postdoctoral Fellowship from the American Diabetes Association (2015-2017) entitled “Mechanistic study of sulfatide deficiency in diabetes and its relationship with dementia”.

In 2019, I was appointed as an Assistant Professor, at UT Health SA’s Barshop Institute for Longevity and Aging studies and the Department of Medicine, Diabetes Division. My current research efforts are focused on studying the role of ceramides, important signaling molecules that in excess become lipotoxic, in the context of AD, diabetes, and aging. In addition, I am starting to develop a new line of research in collaboration with Dr. Sarah Hopp focused on studying phospholipase C gamma 2 (PLCγ2), whose gene has been recently strongly associated with Alzheimer’s disease. Finally, I continue collaborating with Dr. Han in multiple lipid metabolism-oriented AD, aging, and diabetes projects.