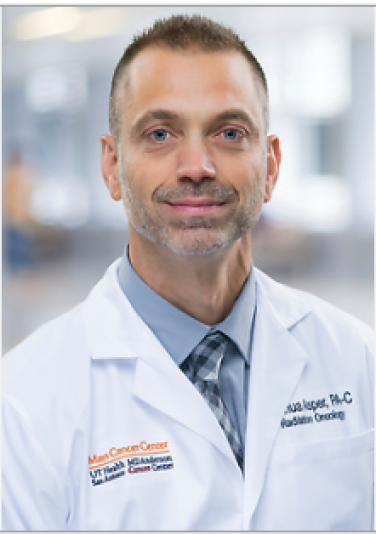 Joshua Asper is a graduate of Wichita State University with dual degrees in Spanish and Physician Assistant Studies. He was recruited directly out of PA school in 2000 to start at University of Texas M.D. Anderson Cancer Center. He has the skill set of Radiation Oncologist, with expertise in Radiation Treatment Planning, clinical care, and Clinical Research. Joshua Asper was co-founder of internationally recognized radiation planning software developed by IKOE. He played an integral role of from its inception to its final FDA approval. The product became a leader in radiation treatment planning software and was later purchased by world renown company Varian Medical Systems in 2007 and he has served as consultant to Varian during the growth of the acquired product. With extensive clinical expertise, Mr. Asper is passionate about his patients. He prides himself in being multi-lingual (Spanish) allowing him to connect with his multicultural patients.